"Title must be at least 15 characters" inhibits editing

In the sentence discussions, some topics have titles that are shorter than the 15-character limit; I find that when trying to edit the initial post in such a discussion, the edit is rejected with the message “Title must be at least 15 characters”.

so I just pad it out a little

I expect that this would be less of an issue if both the original sentence and translated sentence were included in the title, as mentioned in this previous post which you @morbrorper commented on last year - 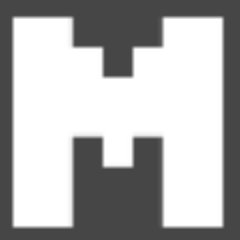 Sentence discussions: include the English translation

I notice people making comments on the English translation of a sentence (presumably directly from the exercise page) without providing that translation, and it’s not automatically provided by Clozemaster. It would probably make a lot of comments...

In that way, the title is much less likely to be less that 15 characters.

More importantly, including both sentences would be so much more helpful in following some of the sentence discussions.

It would indeed be helpful, and fortunately many of us seem to be aware that the translation (or even any indication of the source language of the language pairing) is not included, and thus specifically add it, if there are questions/discussions being raised which do not just regard for example a typo or the grammar of the target sentence.

Just speculating here, but I think the reason the translation in the source language is not included by default, is because the discussions can in a lot of cases transcend the specific language pairing (like in the case of a typo/grammar discussion), and thus accessed from various source languages.

Actually, as soon as I posted this and decided to check out the discussion you linked, I thought perhaps the most elegant solution could be to by default link the Tatoeba sentence (as is done when you “Flag”/“Report” an error with the sentence). This way everyone could easily see all the linked source translations.
Though I still think it would be useful to know from which source language the person initiating the discussion accessed the sentence too.

I agree with everything you say … and so that means that I also do agree that the other language translation shouldn’t really be included in the title if it can be easily avoided.

I’m only studying languages where I’m pairing with English, but I’m making the presumption that in the Clozemaster app, the discussion for a sentence in the target language is picked up from the Forum, independent of the language from which it is being learned (i.e. a discussion of an Italian sentence is picked up irrespective of whether the person is learning Italian from English or Italian from Swedish).

How about new posts that are automatically created from Clozemaster having a first line that is something like the below, for example?

This would be a message in some sort of emphasised font, describing the other language that the poster is using, together with the translation that they are seeing, and (optionally) the sentence source (currently that would mean Tatoeba).

The actual formatting could be left for someone else to decide, and it might be more suitable to actually have this below the message as a kind of postscript, particularly given that the source language is often not relevant to the discussion.

I appreciate that this has now gone off-topic as regards the 15 character limit in post titles, but I would be interested in any thoughts on the inclusion of source sentences in original posts, as I’ll probably go over and re-ignite the discussion on this old feature request separately.

So, would editing the title as @Floria7 suggests mean that the discussion thread was no longer linked back to the sentence in the Clozemaster app?

i.e. Does the Clozemaster app rely on the title of the discussion for linking back to the sentence?
Could @mike enlighten us perhaps?

I understand that there is a Discourse setting “min topic title length”, but that is a global setting (i.e. not per-Category), and I don’t know it there is a per-Category equivalent. On the other hand, I don’t know whether reducing the global setting would really be a big problem. I expect that most posts outside of the sentence discussions will be a little more descriptive that you could fit in 15 characters anyway.

Linking back. An interesting thought @zzcguns. I just type and post without fully understanding the more technical side of things. Lightbulb moment, are that’s why the 15 is important!

How about new posts that are automatically created from Clozemaster having a first line that is something like the below, for example?
[…]
The actual formatting could be left for someone else to decide, and it might be more suitable to actually have this below the message as a kind of postscript, particularly given that the source language is often not relevant to the discussion.

This is exactly what I was imagining/hoping for indeed, in whatever kind of formatting, as a clear pre- or post-script.

It could even be hidden in a “Spoiler” so as not to distract from sentence discussions where not relevant (which might be the majority of the cases?), as far as I’m concerned, if easily implementable:

So, would editing the title as @Floria7 suggests mean that the discussion thread was no longer linked back to the sentence in the Clozemaster app?

This is a very interesting and good question. I could imagine it breaking the linking indeed. But likely not, I would imagine it linking to a sentence ID instead.

Let me try to find a suitable sentence to initiate a discussion on for confirming this, which should be easy enough to do.

Oh yes, I definitely like your idea of hiding the information in an easily accessible “Spoiler”.

That’s much better from the point of not interfering in a sentence discussion in those cases where the original source sentence is irrelevant.

has already implemented the feature as you suggested using a <details> piece of code as a default first line in any discussion box on the app.

Someone can still delete the code snippet if they choose, but I think this is an excellent result.

Beat me to it!

We added a short “Formatting help” table as well - the [details ... is admittedly a bit unsightly when first opening the modal, but it should be a cool addition - thank you all for the feedback + input! The min title length has also been reduced to 5 characters.

@mike Definitely our hero! Have a good day!

Ah yes, I see the Formatting Help link now. That should be quite useful.

Thanks for setting all of this up!