Here are screenshots from the browser version (Win 10 x Chrome). But it’s the same when I play on the latest version of iOS (15.7).

I think I’ve seen the same bug in the past, so it is not probably related to version updates. 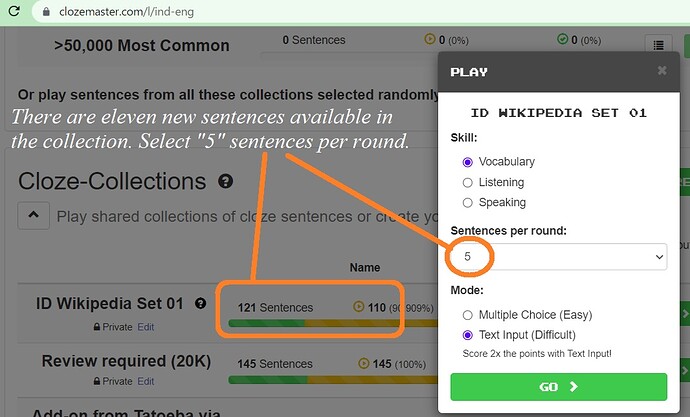 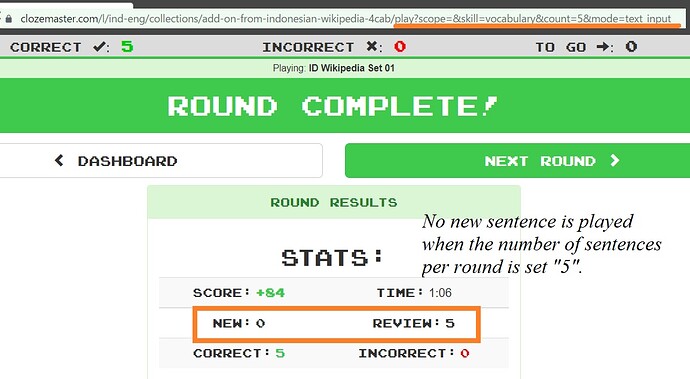 I suspect that it’s a bug with the “Max reviews per round when playing new sentences” setting. If you take a look at yours I’d bet that it’s set to somewhere between 5 and less than 10. It’s supposed to be a maximum, but it looks like it only works that way if the number of sentences that you play is greater than that setting. (Not greater than or equal to, but ONLY greater than.)

I normally have it set to zero since I want new to mean new, but in this case I changed it to a maximum of 5, then played 5 new questions. How many reviews did I get? All 5, just as you have: 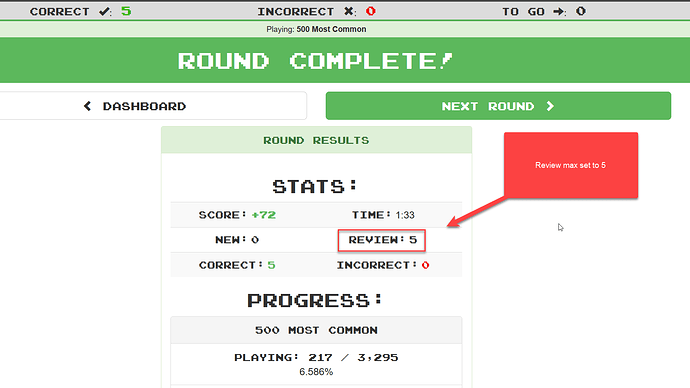 I then changed the Max value to 20, then played 20 new questions. How many reviews did I get? 20. Every one was a review again.

But THEN I changed it to 2, and played 5 questions. How many reviews did I get? Only 2:

You might want to try setting your maximum to 2 and try your 5 questions again and see whether you get the same result, and I suspect that you will. At least @Mike will then know where the guilty culprit lives for sure.

@LuciusVorenusX
You have an incredible investigation skill! As you guessed, my “Max reviews per round” is 5. I tried to change the setting to test your theory. Instead, I found one more bug. The “max reviews” setting is not editable on my iOS app. The on-screen keyboard doesn’t accept tapping the “delete” key or any other num keys. I killed the app process and rebooted it, but nothing changed… 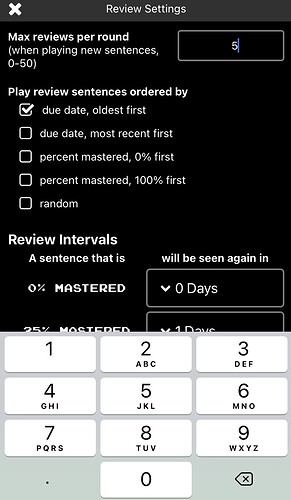 Max reviews per round should be a percentage Questions, Suggestions, Feedback

Since it is possible to vary the number of sentences per round, it would arguably make more sense to have the “Max reviews per round” setting as a percentage than a number. This is especially relevant when playing in “infinite” mode. I blame infinite mode and a fixed max-reviews number for now having tens of thousands of review sentences in my backlog.

Instead, I found one more bug. The “max reviews” setting is not editable on my iOS app.

See this thread, I realized how to workaround this bug while it isn’t fixed.