Is anyone else having trouble with connecting to Clozemaster just recently?

I tried to post this last night, but it was eternally looping with “saving…” in the status bar. This morning I saw that it was still shown as a draft. I’ve had these issues again on two different machines this morning, using both Chrome and Firefox. Both the main page and the forum page have been affected at different times. Let’s see whether this one posts…

If it was just tonight I wouldn’t have mentioned it but I’ve noticed it happening for the last couple of days. As far as I can tell it’s only in Web rather than the Android app, though I’ll admit that I haven’t used the latter much recently. (I normally use it when I’m “on the move” but since we are 3 weeks into a minimum 5 week hard COVID lockdown and can only leave home for food shopping and exercise, hey, where am I going to go to use it?)

Oh wow. This has become unusable. Three questions in and I’ve had the “Oh no, there was an error saving that answer” on each one (although the score shown incremented each time; whether it was added to my total I’m not sure), and then when I went to add a question to one of my custom collections I got this: 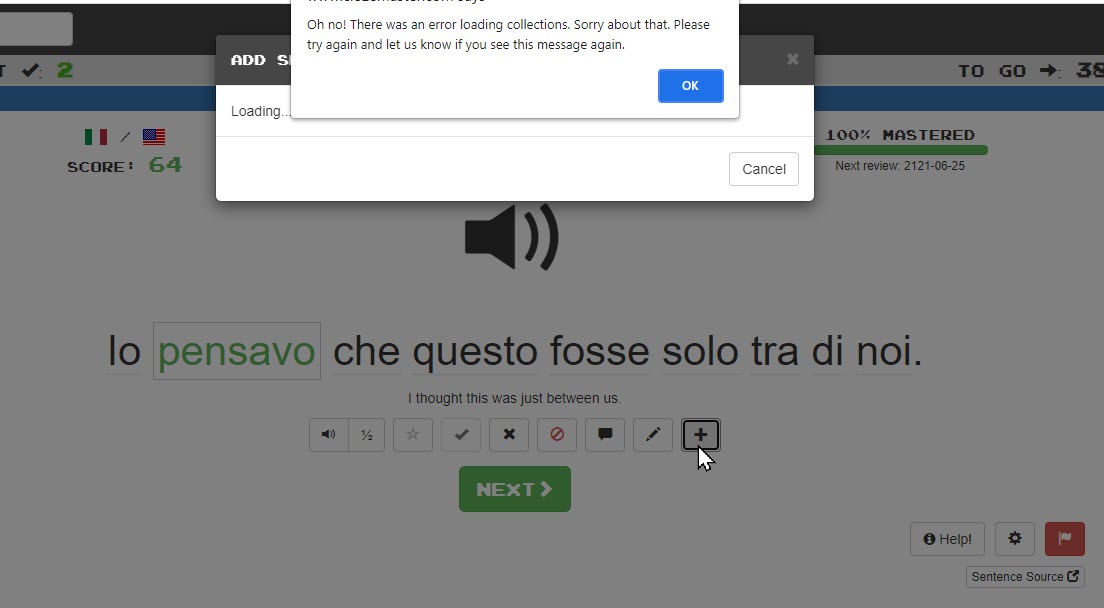 (Though oddly I had successfully (as far as I can tell) added the previous question to a collection.)

This was posted by @sindaco just a few hours ago - 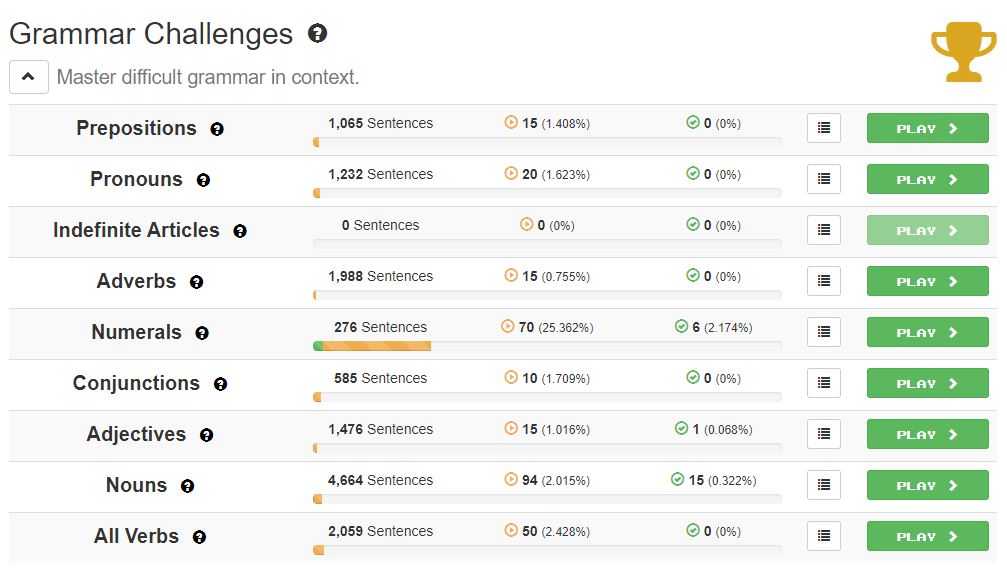 Sorry to hear that, I hope they do come back at some point. I’m not sure if it’s related in any way, but the last couple of days (since you raised this), I’ve been occassionally having trouble connecting to both clozemaster.com for playing and...

So, it appears that other people are having these problems.

P.S. I assume from your lockdown comment that you’re a Sydneysider (or in the vicinity at least). I’m sorry for your ongoing struggle, and I very much hope that those case numbers come down quickly so that you can get back to normality (FYI - I’m from the sandgroper side of the country).

Ah, thanks for that. I had looked at that thread earlier but it was before Sindaco’s comment was posted and thought it was just a localised issue. It may not be, though.

Thanks for the good thoughts. I’m in part of “greater Sydney”; a part where we have (and have had) no active cases, so there are some who are a tad hacked off at the lockdown being extended here. Still, there’s a big ol’ highway just over that-a-way that leads straight in to Sydney, so I can understand the abundance of caution.

This too shall pass…

I know that this error isn’t important, but it’s another symptom of things not being right in the Clozemaster plumbing.

I just gave a high five to Sindaco for his latest level up. Normally if you hover over the icon of the raised hands you can see a popup tool tip showing the list of people who have done likewise. But on this occasion…

The tool tip only shows ONE of the two people who have given the congratulations (Floria but not me) while a SECOND tool tip appears showing raw HTML code with both our names. (Earlier entries in my activity feed show correctly.)

It seems that all is not well in web server land.

I had been considering posting about this too, since, as @zzcguns has helpfully pointed out, I’ve been facing the same issue for some days now too.

It’s been consistently upon first connection to clozemaster.com (both the “main” site, and these forums), it always takes several refreshes before I can get the site to load correctly.

I’m having this issue consistently across all browsers on web (Chrome, Brave, Firefox, …).

I also haven’t tried the app in a while, so don’t know if it’s affected by the same issue too.

All the best for the lockdown anyway @LuciusVorenusX.

I’d discovered another oddity during these connection issues times too, and just re-confirmed it.

Again, not a huge deal of course, but there’s definitely something strange going on in web server land indeed.

Ciao sindaco. Into Discussion this evening a message popped up on blank page “unhandled error, check this n that…” Cleared cache, rebooted, all the usual metodi, waited con pazienza and later, back to normal. Hope it lasts.

Same here, for me some 3.5ish hours ago Clozemaster itself was working, but these discussion forums were not, but now fortunately all back to normal hopefully

A few minutes ago, a new sentence discussion post of mine ended up as posted by “system”. The bad: I don’t get the credit, and I can’t edit a typo. The good: I was able to like my own post.

Ah @morbrorper So you’re System! Allora now you know that we know, and give you rightful credit!