What would you most like to see added to Clozemaster?

Or let us know if you have something else in mind that’s not on this list. We of course also have a long list of improvements to existing features already in progress (improving TTS, supporting multiple clozes, continue to add features from the web to the mobile app, etc.). Any and all input is welcome.

Also - I said this as a joke somewhere else in the forum, but now I can’t get the idea out of my head. They should 100% be an option to randomize which word is the cloze. You familiarize yourself with a set of sentences in the normal way, and then you go full wildness on it. It would be a total kinetic immersion grammar learning experience.

“Read a book suggestion”. If this took off for Italian, Camilleri’s short stories would be just perfect. “I tacchini non ringraziano” or “Esercizi di Memoria” are both wonderful.

I had to vote on the theme collections, given that I’m creating most of my own collections on that basis. I think it’s easier to learn when you can connect one thing with another by common features.

The video idea sounds like an excellent one as well.

Q&A I wasn’t so fussed about, since we can always do that in here to some extent.

Obviously I for one won’t be voting to ape ANYTHING that Dubbo The Fowl does.

Camilleri’s short stories would be just perfect. “I tacchini non ringraziano” or “Esercizi di Memoria” are both wonderful.

Funny you should say that; I bought this from Audible last week: https://www.amazon.com/I-tacchini-non-ringraziano-audiobook/dp/B07KCJDZVD

For French from English at least, I think the Duolingo tree changes too often to make it practical to base your format on theirs.

Lucius - fantastico. I only have the ebook tho I can “hear” Camilleri’s gravelly voice. The affection, care and gentle wit in these stories is wonderful, the story of the two uccelli touched me greatly. For amusement, YouTube “Romeo il cenerino vai in gabbia”. An Italian African grey who taught me “Smettila!” All his clips are una gioia! Ciao… 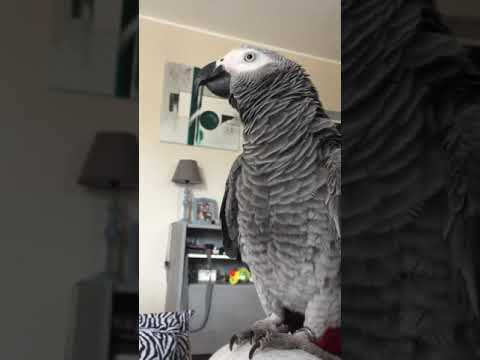 Other clips are better but this was my intro to the now famous Romeo.

I wasn’t sure if this was allowed, apologies if not appropriate.

On top of this, I don’t think you want to plant the seed (more than it already is) that Clozemaster is simply a companion to DuoLingo. Rather, you want Clozemaster to offer unique and powerful features that differentiate it from DuoLingo as its own premier language learning tool.

Ananasco - I couldn’t agree more. I joined here to move as far on from Duolingo as possible. This is a superb site, I’ve recommended it to so many for all that it offers, I love it and hope it stays unique!

It would be quite handy to have the option to view one’s upcoming reviews for longer than the current month. Say, a switch that shows the coming six months? Thanks.

I think Clozemaster is already far superior to Duolingo, even if it is perhaps a bit simpler.

Duolingo is perhaps still better at the earliest stages of language learning, at least in some cases. But I’m finding there are even ways to use Clozemaster effectively (especially just starting with listening rather than recalling words you don’t know yet) to start from nothing in a language, and I’m getting the sense that Clozemaster is already close to being superior from the outset, at least for a skilled and motivated learner, especially one who is learning a third or later language and already has a sense of how to learn.

I used to really love Duolingo but I think the team running their site and app have been heavily prioritizing maximizing their usage stats over making their service actually useful for learning, and they’ve been doing this for years. Clozemaster is clearly being designed with an eye towards language learning.

Also Clozemaster is much more responsive to user feedback and requests which I think is a huge deal, as users are often motivated to learn.

Enjoyed your feedback and agree wholeheartedly. Also with Duo their treatment of longstanding loyal members, by those “put in charge” is appalling. I was staggered at the courtesy extended to us here when I came aboard. The right treatment certainly seems to attract the right people, if you know what I mean. Regards to you!

There are several different apps/methods available, Duolingo and such are on the bottom of the list for me. I’ve only ever used Lingq and Clozemaster, plus podcasts and youtube bloggers and Patreon providers.

I’m surprised that there’s so little mention of Lingq on the forums here.