The Leaderboard appears to be broken (web only)

I let this run a couple of hours, but it doesn’t seem to be going away. It looks like the leaderboards (both the overall ones, and the ones linked from the dashboard) are broken. They keep “Loading…” forever, without ever showing anything. 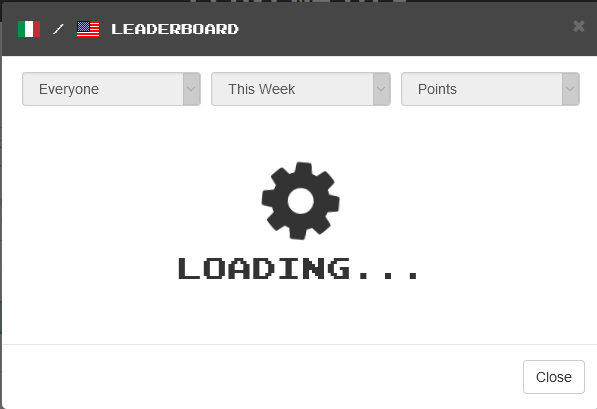 To make sure that it wasn’t a localised issue:

The leaderboard on the Android app, in comparison, seems fine and shows changes (correctly, as far as I can tell though I didn’t count up the points to confirm), though that of course is still the old school leaderboard from before the Web overhaul.

The web one hasn’t been working for a couple of hours now.

The effect on gameplay is of course minimal since the leaderboard is a bell and / or whistle, not part of the machine; It may have an impact on people who use it to set a goal for themselves, though a workaround in the interim is on the drop-down menu where you can see the number of points you’ve done that day.

Thanks for letting us know! We’ll put some more resources towards leaderboard generation.