No warning about adding a duplicate custom cloze

It seems that there is no warning when I happen to add a custom cloze that already exists in the same collection; the existing cloze appears to be silently overwritten with the new one. This means that any Hints and Notes I had written on the old cloze are lost, as well as the progress percentage.

Yes, I can confirm that. Just for clarity, it needs to be an entire sentence that is the same as an existing one, not just the cloze word. 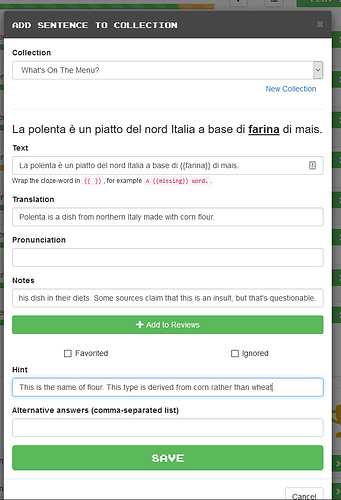 Do a search to confirm that the sentence has been added. Note the inclusion of a note and hint: 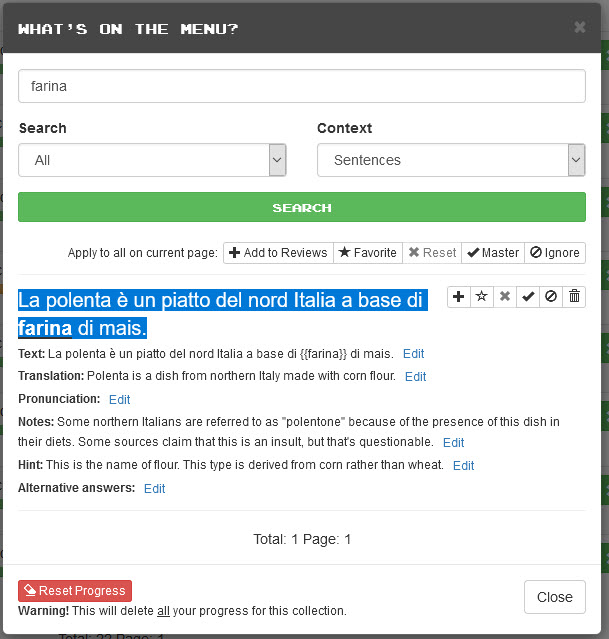 Add a new identical sentence with the same cloze word, then repeat the search. Note that only the new sentence comes up with different notes and hints. The original one is lost: 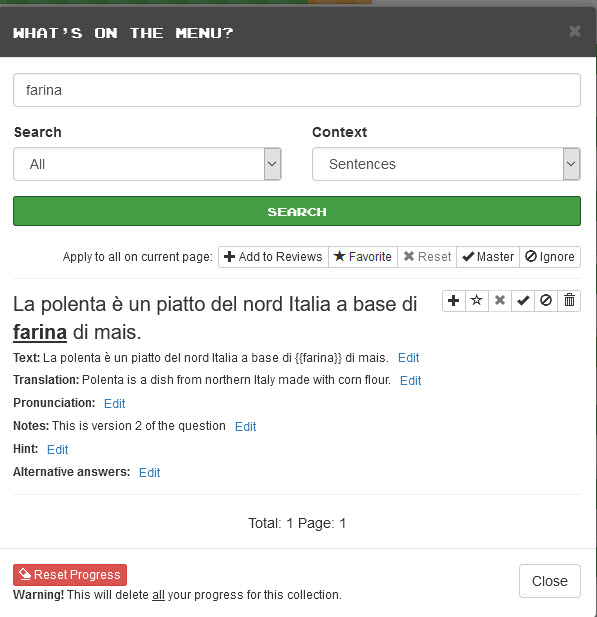 Add a different sentence with the same cloze word; this time both sentences will be returned. 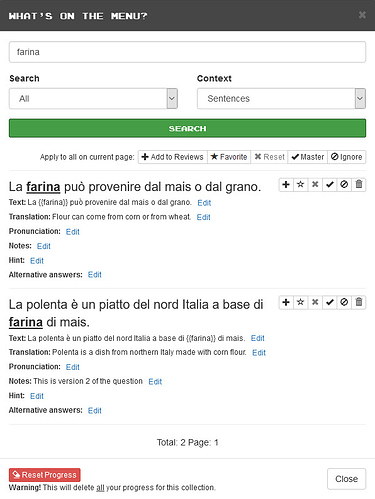 Since you would most likely only want the sentence in the collection once, I think the best solution would be for a warning to pop up as soon as the sentence has been entered. An added bonus would be if you could opt to go to that sentence for editing, depending on how much coding that would involve.

Edit: I just tested to confirm that you can have the same sentence more than once, as long as the cloze word is different in each one.

It looks like my request has been implemented, thanks @mike 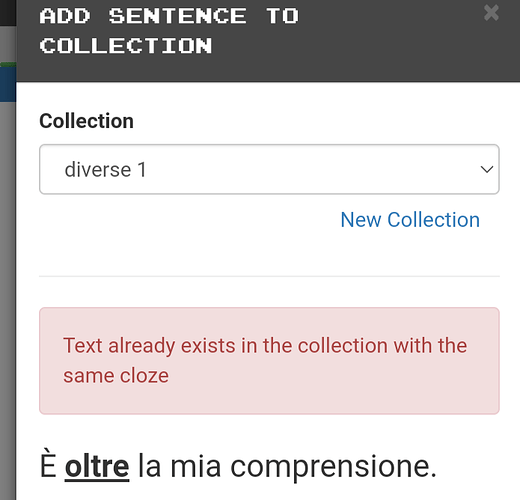