I sometimes create very short custom clozes consisting of only one or two words, mainly prepositions. Sometimes the result is very strange, with the cloze embedded in another word. I think this happens when the selected characters happen to appear somewhere else in the sentence, nearer the beginning.

Thanks for the bug report! How are you creating the clozes?

I create them from existing clozes, using another word or expression. In the example above, I think used "Io non sono interessato a una {{relazione}} seria.” as the starting point.

Here I have highlighted a single word in an existing cloze:

And this is the dialog that comes up. Note that the cloze is in the middle of a word!

Ah ha! The screenshots were helpful - thanks! A fix should now be up. Please let us know if you’re still seeing the issue. Thanks again! 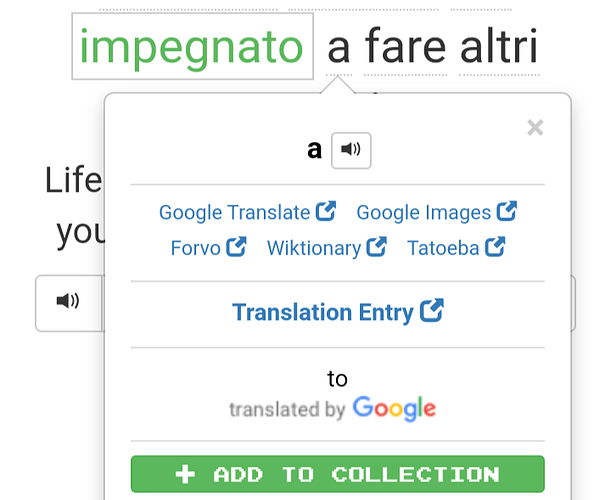 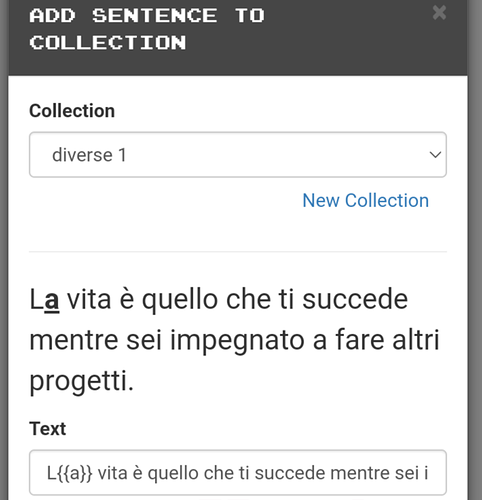 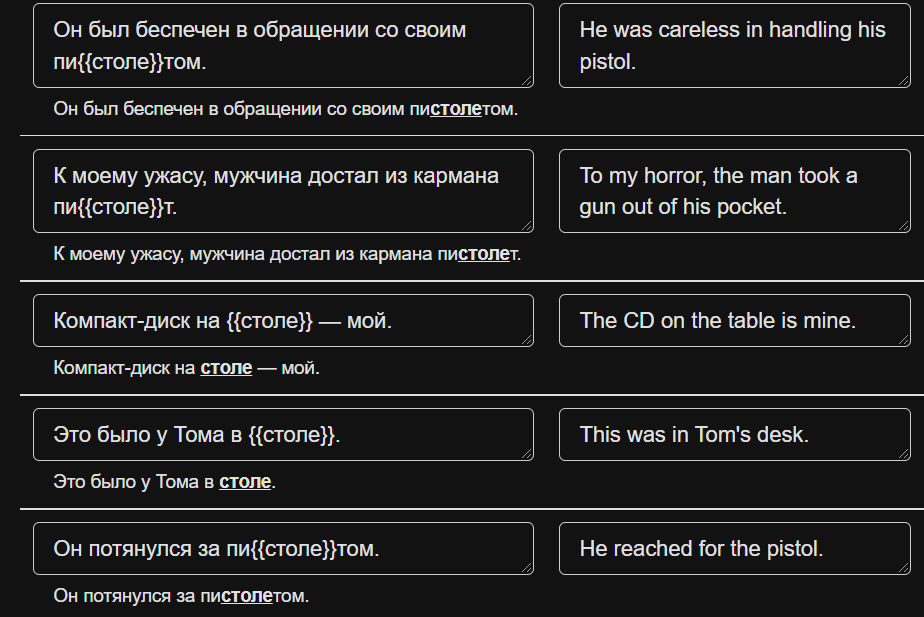 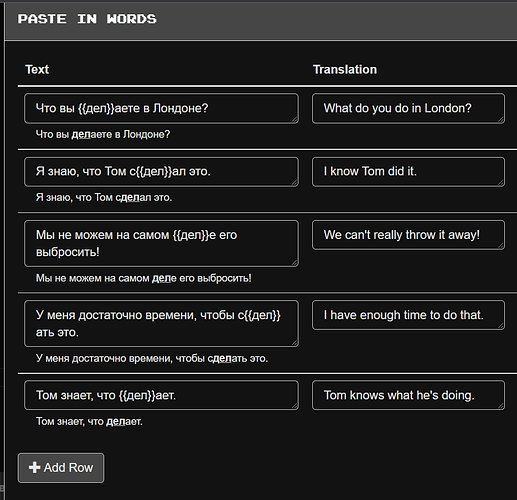 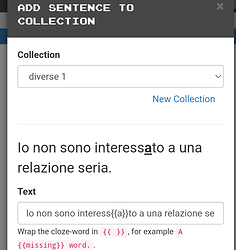 I had clicked the single “a” and selected “Add to collection” from the pop-over. Instead, I got a cloze embedded in a word.