Between you and I

As a non native speaker, this expression feels so wrong, as I is the pronoun used for a subject, or nominative case, while “me” should be used for the other cases.

So, “between me and you” or “between you and me” makes sense…

I noticed this expression a few weeks ago watching a TV show, and I simply thought it was an error, maybe an over-correction, but since then I have heard it multiple times, so I am wondering if I have the rules wrong myself.

It is not like we don’t have this kind of “so common they are a rule now” mistakes embedded in Italian.

So… is this an accepted expression?

Yes - it is common in spoken English. Technically it should be me. This says even Shakespeare used I for this, but frustratingly does not give the reference… 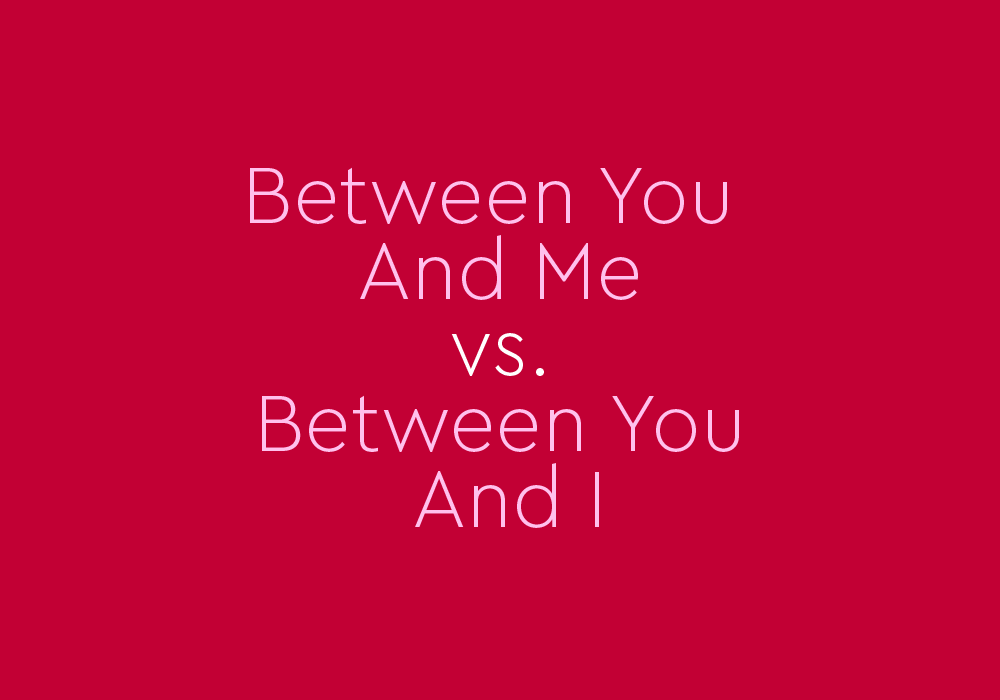 Confusing "me" and "I" is one of the most common grammar problems. Find out which usage is correct and how the wrong term got accepted over repeated use.

Hi @mike-lima and you are quite right about “Between you and I” being wrong. Unfortunately it is something English people still battle to get right, particularly with the introduction of “myself” to make it even muddier.

We were taught to split the sentence which then shows it as “Between you” and “Between me” - you just couldn’t say “Between I”.

“Myself and her asked him to dinner” would correctly be “She and I asked him to dinner” using the split-sentence method. But then we have “Me and him were going on holiday” instead of “He and I were going on holiday”. Nowadays ppl say “Me and Johnny…” because it’s quicker and less formal. It all depends on what sort of English we want to learn and use.

Sorry to rattle on, perhaps you’ve guessed that this is one of my pet “things”! At school I managed a 1% in Maths if I was lucky, but absolutely loved English.

Hi @JmGb This is so helpful and explains it fully. Have a good evening!

Just wish they’d provided the Shakespeare reference. I’m okay with saying between you & me but I’d never write it…

Thank you both for your answer.

@Floria7 may have noticed That in colloquial Italian as well, sometimes “me” or “te” replaces the correct “io” or “tu”. It would be considered an error in writing, but it is tolerated in informal speech, maybe as a kind of regionalism (in fact at least in the Ligurian dialects/language there is a single word for “tu” and “te” and “ti” (they all conflate in “ti”).

The other one that tripped me was in comparison, i.e. “older than me/I”. In Italian it is easy, because the construct used the common preposition “di”, so the non-subject form must be used, but in English, “than” is often considered a conjunction only, not a preposition, so you should think “than I am”.

@JmGb I found a reference here it appears to be in “The Merchant of Venice”:

Between you and I

"Between you and I" is an English phrase that has drawn considerable interest from linguists, grammarians, and stylists. It is commonly used by style guides as a convenient label for a construction where the nominative/subjective form of pronouns is used for two pronouns joined by and in circumstances where the accusative/oblique case would be used for a single pronoun, typically following a preposition, but also as the object of a transitive verb. One frequently cited use of the phrase occurs i...

Ciao @mike-lima Technically it should be “Older than I” (I am) but most ppl would say “older than me”.

If one used Shakespearian in this day and age, people would walk away very quickly although one of our funniest TV comedies was called “Upstart Crow” and used made-up Skakespearian language.

Language is fascinating no? 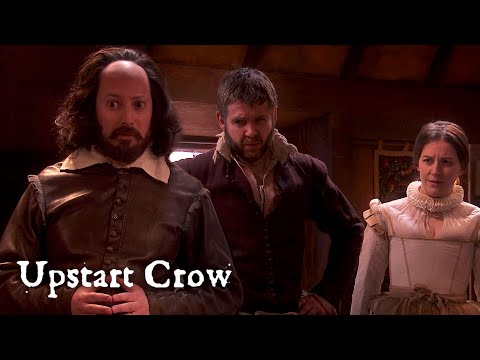 Thanks for this! That figures: I have read at least 19 Shakespeare plays, but not that particular one.