Nice! Now I know the origin of the word “altruism”. It is “altrui” or “somebody else” . And, of course, Latin “alteri huic” or “to this other” .

I like this definition of “altrüismo” from Treccani: “l’atteggiamento di chi orienta la sua opera verso il fine di trovare il bene proprio nel bene altrui” which translates as “the attitude of one who directs his work toward the goal of finding his own good in the good of others.”

If anyone knows why Treccani puts an umlaut in “altrüismo,” please let me know.

If anyone knows why Treccani puts an umlaut in “altrüismo,” please let me know.

I had never encountered the umlaut (dieresi) in Italian before yet, but suspected it might be related to the pronunciation of the diphthong, which does seem to be backed up by Treccani (though it seems to be for poetic metric reasons, which wouldn’t explain why they would write it as such themselves for altruism 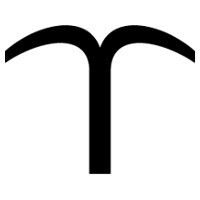 Actually, looking at the Treccani entry, it does also have the non-umlauted version written above it, so I guess this is just to cover both versions of the word at once? Compare e.g. to egoismo, which only has the one version, and pazienza, which lists both “pazienza” and " paziènza", like altruismo lists the “normal” and the “umlauted” forms.

Thanks for pointing this out, it gave me a chance to learn a bit more about the dieresi

The “dieresi” as you noticed is not normally used in written Italian. It may be used in dictionaries to denote that two subsequent vowels are not to be pronounced as a diphthong (that is as a single syllable). So “altruismo” should be divided in 4 syllables “al-tru-is-mo”, not “al-truis-mo”.

“Altruismo” as @barcarolle noticed is composed of two parts: “altrui” + “-ismo”, denoting a belief/behavior of dedicating to others, just the opposite of “egoismo” (selfishness).

The tonic accent (stress mark), actually falls on the “i”, but the preceding “u” should be pronounced a bit longer than if “iu” was in one syllable (think “uh-ee”, instead of “we”).