This was surprising; I had expected più, not altro.

This one is not wrong, per se, but it is more common to say " Non abbiamo più tempo."

I think it would be better to say “Non abbiamo altro tempo a disposizione.”

But I hava a question myself on the English sentence: does it feel natural?

Had I to come up with a translation of the Italian sentence, I would have written “We have no more time” probably.

I would say that the English sentence doesn’t sound natural on its own as it is written here.

Now, I think that “We don’t have more time” could sound natural if it were in response to a statement such as “We need more time”, and then in the response the person is stating that there is none of this strange thing called “more time” to be had. Imagine Star Trek (original series) with Chief Engineer Scott saying that he needs more time, and Captain Kirk answering (I realise that the Meme is normally the Captain asking Scotty for more power - i.e. he might respond “We don’t have more power, Cap’n”). 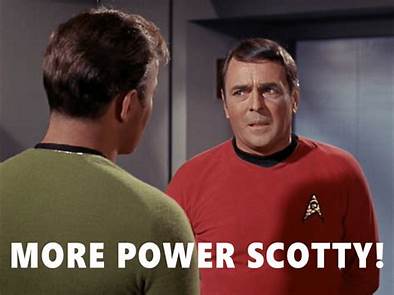 Normally though, I would expect to see the word “any” deployed, as in “We don’t have any more time” or “We haven’t got any more time”. Both of these sentences sound natural to me.

When thinking about other situations, such as for a deadline, an exam etc., then I think it would be more usual to say/hear “We are out of time”. As another example, if someone was wanting to do one more thing before leaving the house, then the response might be “We don’t have time for that”.