No notification of response to sentence comments

are notes added there just visible to me or everyone??

Your edits are only visible to you.

As your personal tutor has just said, edits are only visible to you.

There was a discussion about this back in January, and the link below is to a post where the administrator provided a clarification about the Notes field (but this applies to all edits as @morbroper mentioned). @mike said that they need to do a better job of staying on top of their FAQ and adding explainers, so you can expect that this information will appear on the FAQ really, really, really soon 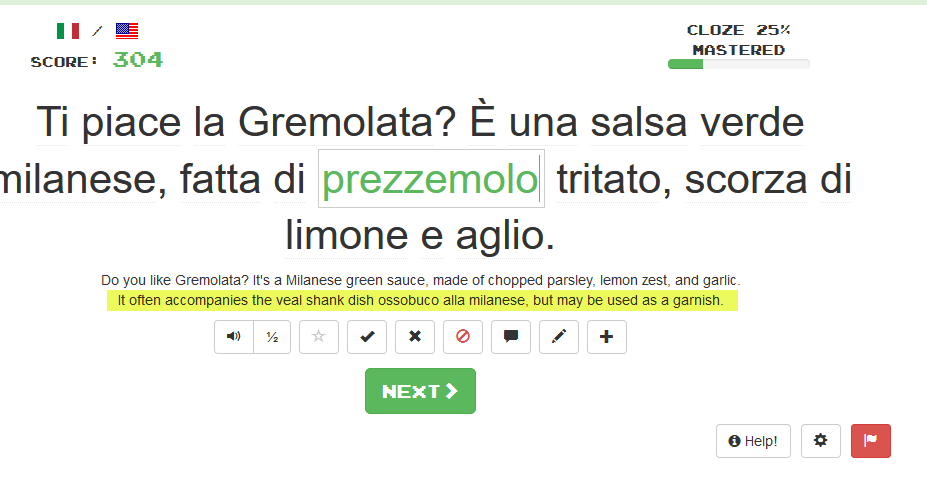 Request for clarification on the Notes field

Thanks for the questions! We need to do a better job staying on top of our FAQ and adding explainers. In the meantime: No. User notes are shown in place of system-wide notes when present. Yes - a note added/edited by a user will take precedence...

When I first started to use Clozemaster I was nervous about adding hints, as I thought that everyone could see them (there were already hints and notes for a lot of sentences, so I presumed that these were all the hints/notes that everyone had ever written and that consequently my hints/notes would also be visible to everyone else).

However, after being under this incorrect assumption for a while, I then stumbled across one or two posts on this forum and discovered that is not the case and that these are just for my private little world. Therefore, I now act with full freedom to add lots of hints, quite a few notes, and occasionally change a translation, knowing that I won’t be interfering in anyone else’s learning experience.

In one way it is comforting to know that I can make edits without worrying that they might inconvenience anyone else, but on the other hand it would be nice to have a mechanism to access the notes/hints etc. that other people have made (in the way that on Memrise you could see all the Mems [i.e. suggested ways to remember words] that other people had uploaded).

In particular, I would love to be able to see other people’s suggestions for alternative answers, and even have a mechanism to make those automatically available to me to use as alternative answers. That would save time and effort wondering about which synonym to use, whether it’s the formal or informal form of you in the singular or plural, whether this ending is masculine or feminine etc. I’m not sure if you get this issue in Swedish, but it does affect a number of languages.

I think he should change his account name to “Tracey’s personal tutor”!!

From the hints perspective - I can’t see that I would use them, as private hints, as i have spreadsheets and such like with tons of notes in - in my own, personal shorthand and split into Verbs / Adjectives / Pronouns etc…

I don’t mind helping other people coming along behind (by generating discussions and adding thoughts) but agree with you that i think the hints would be better to be public.

As i said earlier - i feel like I’ve gotten a lot of value from reading discussions (on the OTHER place) and, in the early days, realising that it wasn’t just me. When people voiced frustrations about certain things just not sticking in the brain.

My “personal tutor” has also helped out a couple of times when a new verb has been introduced and i couldn’t find it in Verbix (because Swedish has a fair few verbs with similar spellings and, if the usage in CM isn’t present tense, it’s not always easy to work back to the stem). This is certainly an example where hints could help others - as the Verb stem could be added.

If hints were shared, you would have to learn Swedish to understand mine

Hopefully i didn’t offer to sell you a bridge there!

It looks like a change has been made so that the watch level is now automatically set to “Watching” when a comment is posted from the game screen. Thanks, @mike