This may just be a coincidence, but the quality in questions this morning fell off a cliff. For example: 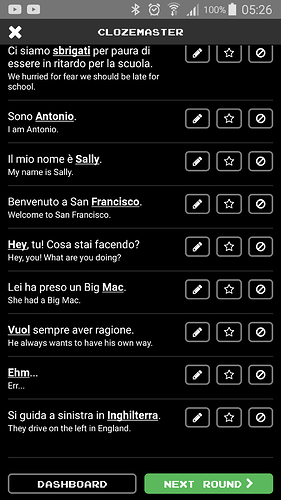 Out of 10 questions, 6 were arguably useless:

As a side note, because I had no way of knowing which spelling was sought for that last one I switched to multiple choice. Once I did so I could no longer type the entry. (Android app.) Why would I want to? Because you’re more likely to retain information if you have to put in more effort than clicking a button. The ability to enter text after switching to multiple choice still works on the web, though.

In my second run, the level of the questions wasn’t as bad (though I question whether “America” is useful as a missing word, but you could argue that either way). On the other hand there was this:

Speaking of which, I may be misremembering but I thought that the report error dialog used to have more than a “letter box slot” text box to type in the problem. (I could be wrong, it’s been a while since I’ve had to do one.) 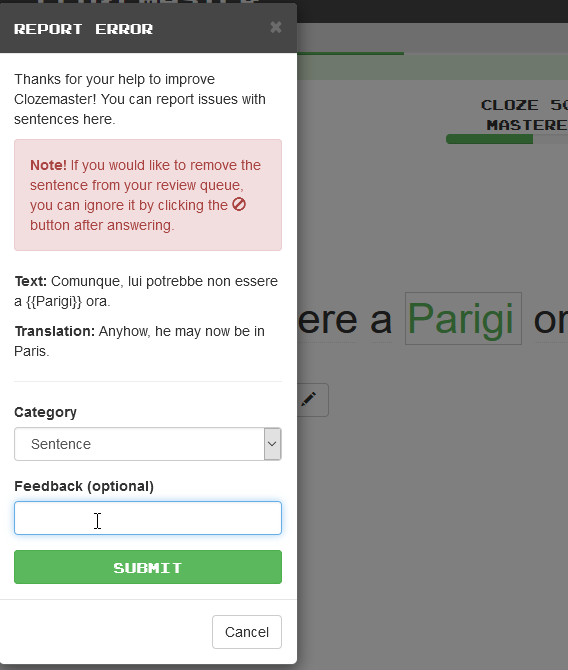 It’s not a critical issue but it does make it more difficult to type out the details of the problem.

I noted that there has been SOME change to the questions. (The removal of those ridiculously long ones that you needed to listen to for 5 minutes and then have to re-read anyway because you can’t remember the whole sentence is something that I wholeheartedly endorse.) However I don’t know whether this is a systemic issue or just bad luck.

Everything what you have mentioned is true. Unfortunately, I’ve experienced very similar issues, but at much higher scale. Literally, every word in Fluency Fast Track is personal name, name of city or country or something like those onomatopeic words. It’s unbearable doing Fast Fluency Track. I hope that they’re going to fix problem, quality of choosing sentences in Fast Fluency Track downgraded significantly.

Sorry about that and thanks for letting us know! Working on a fix!

@LuciusVorenusX @AdamAvramovic thanks again for the bug report. Could you please let us know if you’re seeing as many names?

Most should now have been removed. Working on adding replacement sentences.

Unfortunately, I pressed ignore multiple times on those sentences with personal names, instead of reporting them, because I thought that those sentences were bad luck. At that very moment when I finished like 100 sentences, I realised that personal names and onomatopeic words (just like some countries and cities repeated) aren’t question of bad luck, but more of a problem with new site. I am going to keep reporting all those sentences in the future in order to help you to optimize new site. Thank you for response, looking forward to help as much as I could.

I haven’t seen any this morning, so that’s looking promising. Thanks for that.