Hundred of sentences in review stats, but 0 ready

In the stats, I can see that I have to review words today 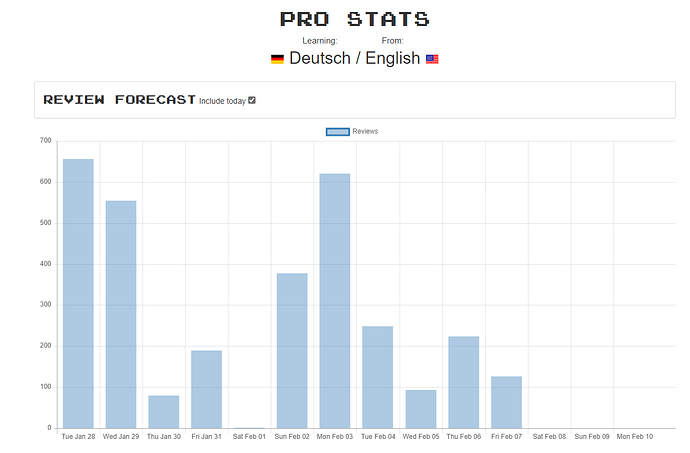 But in the main screen, I can see 0 in “Ready to Review”

I have seen similar behavior. So is it normal? Yes. Is it correct? IMHO, no. They will likely all be in your review basket tomorrow. There is some sort of disconnect between the expected operations of the scheduling vs predicting algorithms.

My understanding is that reviews are released once a day, but the review forecasts also show sentences that would come up for review after that time (but before midnight in your time zone). Those sentences should be released for review the next day.

e.g. In my time zone reviews are released about 2pm. If I play a new sentence at 4pm Monday, it would appear in the review forecast for Tuesday, but it wouldn’t be released until the Wednesday.

There may be other factors at play also.