Treccani does not mention this particular use of “rospo” which implies that someone’s throat is dry and hoarse. I wonder if Italians would understand it literally.

Yes, it is a common expression. I didn’t know it translates to English almost literally!

“Ingoiare un rospo” is another similar expression, but this means figuratively, having to deal with something unpleasant and/or humiliating.

After all, swallowing part of a frog in a nice sauce is not such a bitter pill

Not sure but I seem to remember they say “Devo sputare il rospo” - “to get something off my chest”.

Frogs can be tasty when fried!

Toads on the other hand…

Also you may say “Sputa il rospo!” when you want to convince someone to reveal some secret. “Spill the beans!”

Well, apparently, as far as the cane toad is concerned - “It’s not a particularly strong-flavoured meat. It picks up a marinade well.” 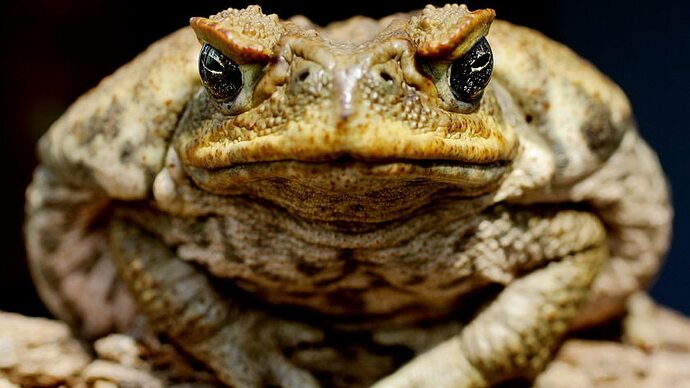 Would you eat cane toad?

Australians should start tucking into cane toad burgers at the footy, according to a university academic.