Feedback after using Cloze-Listening for the first time

Today, I used the Cloze-Listening feature for the first time. I like it a lot and plan to use it more! Very helpful for my goal of understanding French conversation better. Some feedback (with a screenshot): 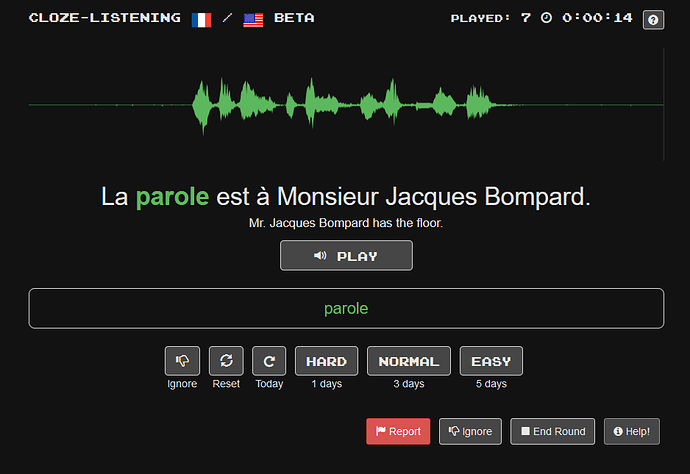 (1) There are apparently no keyboard shortcuts. I really hope some can be added, as I’d rather not have to switch between keyboard and mouse.

(2) There are two “Ignore” buttons in close proximity that apparently do the same thing. I think the lower one should be eliminated.

(3) There is no option equivalent to the “Mark As Known” option available for other features. I think there should be. The effect of the “Ignore” button is similar, but not the same (remove the item from the queue permanently as opposed to move the item into the very distant future).

(5) It’s unclear as to whether we get any points from playing sentences in this feature, and if so, how many. This is inconsistent with the rest of Clozemaster.